The race has started. I didn’t want to attack like you’re supposed to on race. I was too far behind to count and first time on Brno. I was behind “Rossi” (Yamaha with big 46 on its tail) and just followed him. My goal was only to experience the start with safety car.

…smooth left corner, a little throttle, move to the other side, settle in the corner and… I suddenly saw the front lights of my bike in front of me. Looking at me… “O, no… It happened” I thought ? Just a moment after that I begun to role. Than I thought: “Shit… Racers are behind me… please, don’t hit me… Please, don’t hit me!” When I saw the grass (still spinning) I was relieved, I wasnt on a track anymore. I finally stopped. I got up, look around to see where I am. I saw my Sharky lying in the sand, shocked about what happened: “Damn… I crashed it….” But I was really happy, I could stood up and walk away. The friendly track worker came to help me push the bike from the sand. We pushed it behind the fence. He said, it will be 10 minutes until van comes to pick me up… It sound stupid, I know, but I didn’t want to think about the unpleasant incident while waiting, so I took my GoPro (which survived) and made a few shots… It was a nice distraction. 🙂

You know… When you do something stupid and just after it, you realise, how stupid you reacted. At that moment you could just except the mistake and take the punishment (crash). But my crash wasn’t like that. I have no idea what went wrong or what caused it. I admit I did a few stupid mistakes on that track, but nothing happened. The day before I almost did the “high sider” and I survived. But with this crash – I wasn’t too fast in the corner, I didn’t react to suddenly to throw the bike out of balance, I didn’t lean it too far… But something went terribly wrong so the front tire slipped.

Sooo… No trophy, no podium this time, pain in right shoulder and elbow and a crashed bike. Dianese is hurt quite badly, but Akrapovič didn’t survive. And this is what hurts the most right now, it was a gift from someone really dear to me. But the damage review on Skarky is still in progress. It’s bad, but fingers crossed it’s not too bad… ?
As you can imagine, Brno didn’t leave a good impression on me. Not just because of the crash. I found the track quite difficult. Because all up and downhills it’s quit challenging to ride fast and convince 600ccm to go faster. I was struggling, but I know this is the only way to improve.

The GoPro shot down a few laps before the crash so unfortunately there’s no footage of it. I’m really mad at it… It constantly shoots down for no reason. But…Even though I will probably make a video from the whole event. To remember it. To take it as a warning, new experience and as a reminder that, shit happens… You just have to clean it up and move on.

I was really afraid of crashing. Always. On every track day. I always thought – when I crash, I will stop racing. But right now I don’t feel like quitting. It feels like I have just started. So I have a bike to fix, shoulder to heal and a new track to study. If Sharky will be repaired and my shoulder won’t hurt anymore, I’ll be back on track in July. The next scheduled is Slovakia Ring. Wish me luck… ? 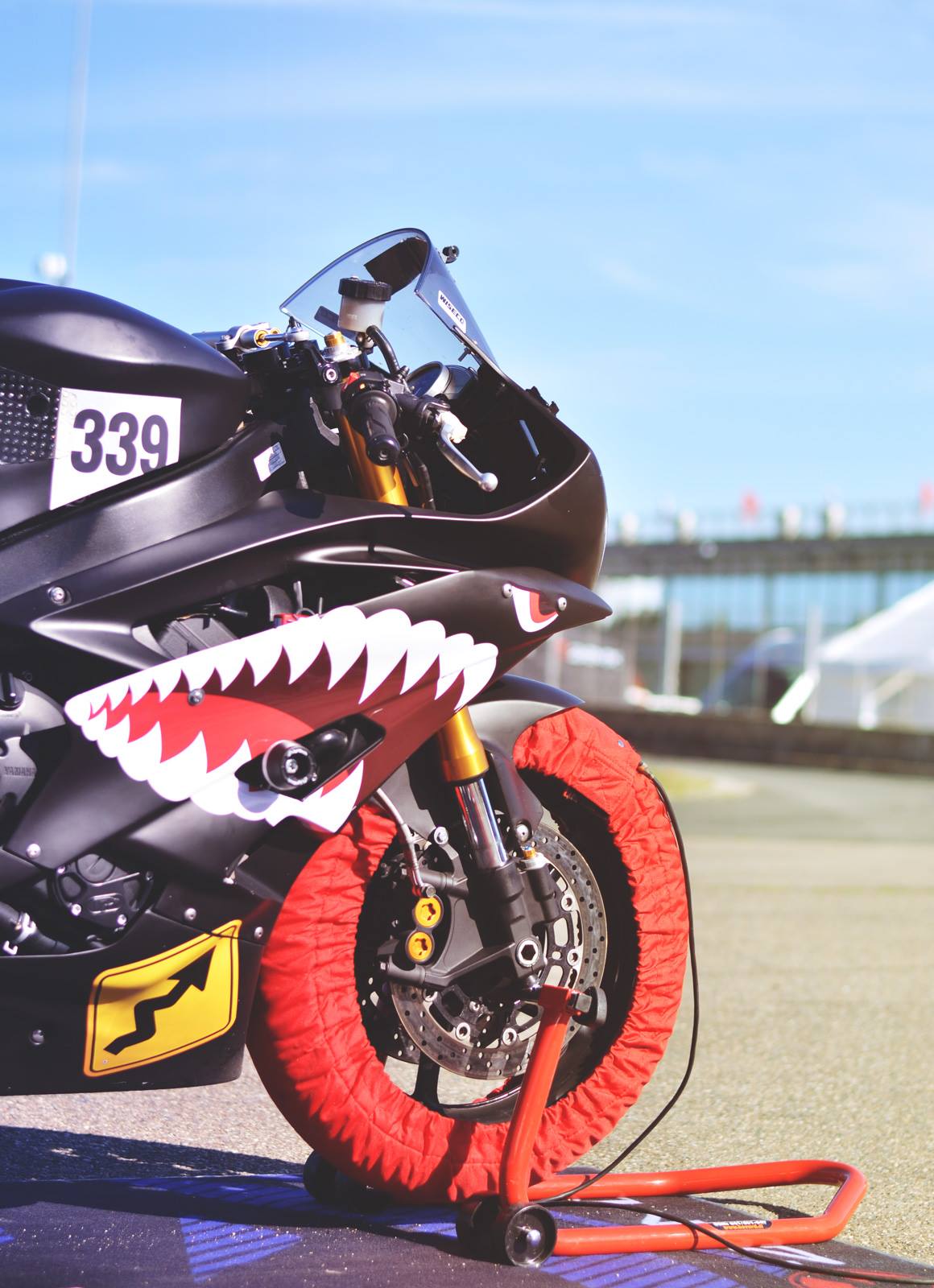 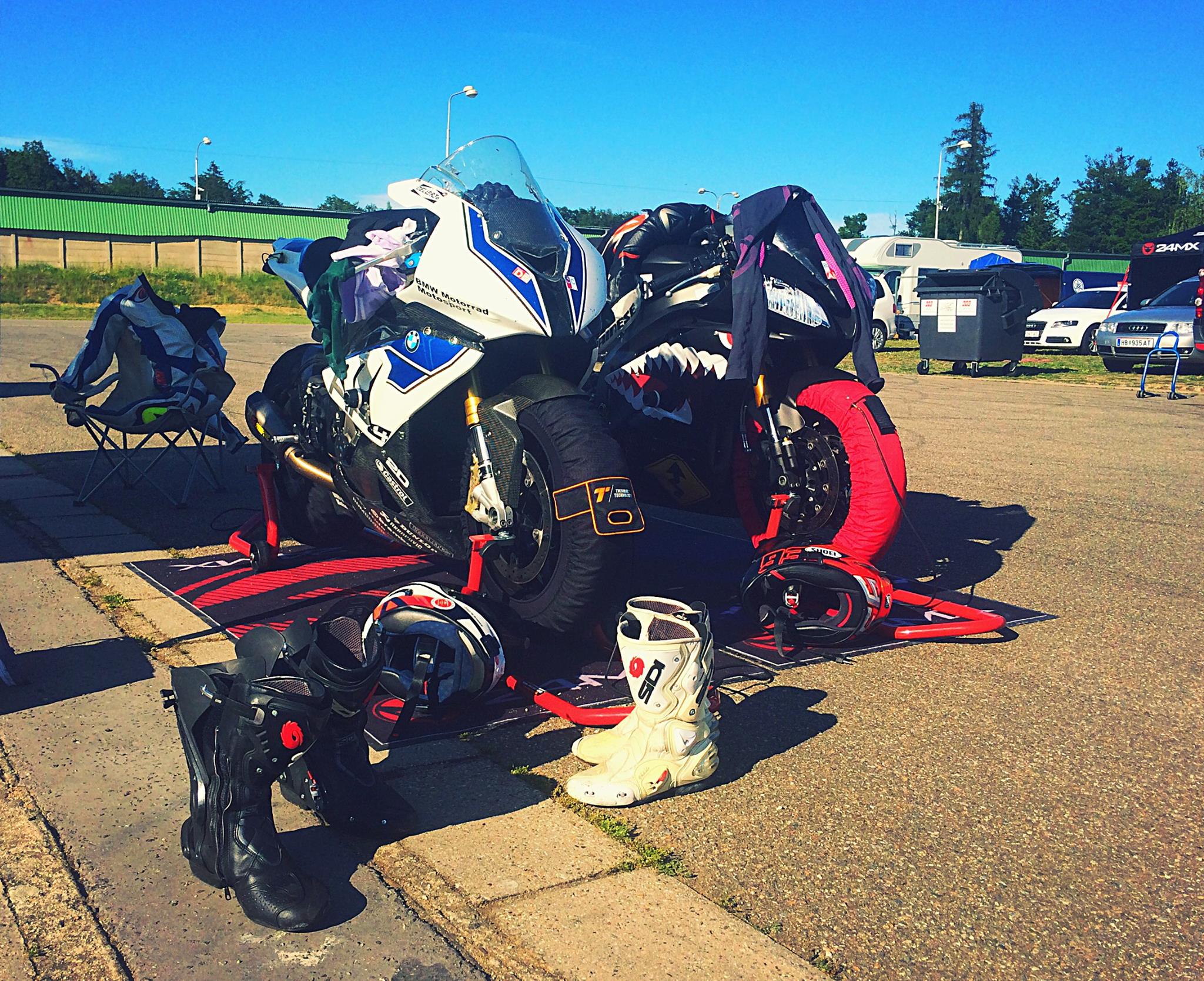 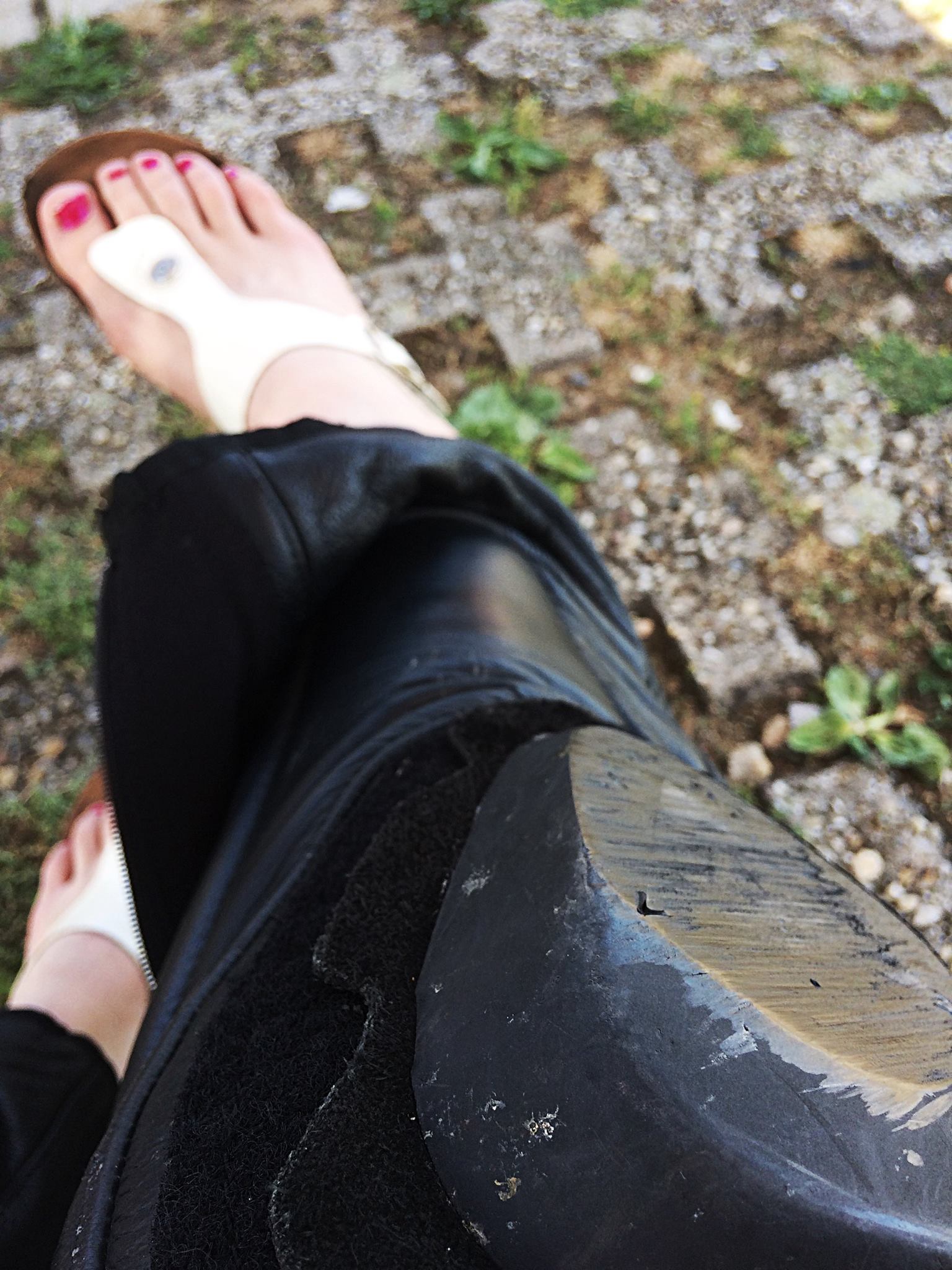