It took me a white to write this report. If you are a freelancer, there’s always chaos when you get back to work after a few days off. Everything is urgent and should have been done yesterday.

First race for national championship is behind me. I finished 5th. I guess 5th place loves me. A bit too much if you ask me. But this was my first track day after long 8 months, so I guess it’s OK.

I almost nailed the start. People watching the race told me, that it was awesome, but I know, there’s still room for improvement. I have to tweak the bike a little bit and learn to control the clutch lever a bit better. I guess the winter action and all the bruises I got with Beta did me some good. All those hill climbs helped me to better feel the clutch.

So… start was OK and I had one goal in mind: to glue myself to one of the competitors and follow him like a shadow. In first corner two people interfered with my perfect plan and I had to change it a bit. New plan was to overtake the rude people who do not honour the saying “ladies first”. I followed them like it was my last day on Earth, but after a few laps I came to a conclusion that this isn’t going to work. I was losing touch with the guys in front and if they aren’t going to slow down due to exhaustion or lack of concentration, there’s no way to catch them. I checked the sign that said 4 laps to go. 4 laps? That’s not even a middle of the race and I am getting a bit bored racing here alone. Thou I thought I heard someone behind. Party on! But it turned out it was just me hearing things. Nice…

The last 3 laps I adjusted the tempo a bit to relax the muscles wherever possible to prevent a mistake or two, that could have led me to a disaster. Of course that doesn’t mean I capitulated. I just hit the breaks a bit sooner and ride through the corners a bit more smoothly. The bike behaved a lot nicer this way and it was easier to control it with fewer mistakes.

If you check the lap times, you can see that the last few laps were the fastest. Well… It wasn’t the first time that it turned out that running wild in and out of the corners doesn’t do much good. But how do you make any progress, if you don’t push your limits?

In general I am very happy with the race and with some key points, that I will follow and improve the next time. I just started the season. My list of “to do’s” for the next Slovakia Ring is long. But the goal remains: late breaking and early acceleration.

On 19th and 20th June I will be on Slovakia Ring again for the 2nRace cup and on 5th and 6th July I will be on Grobnik to participate in the second national championship race. In the meantime: Beta & Husky time. 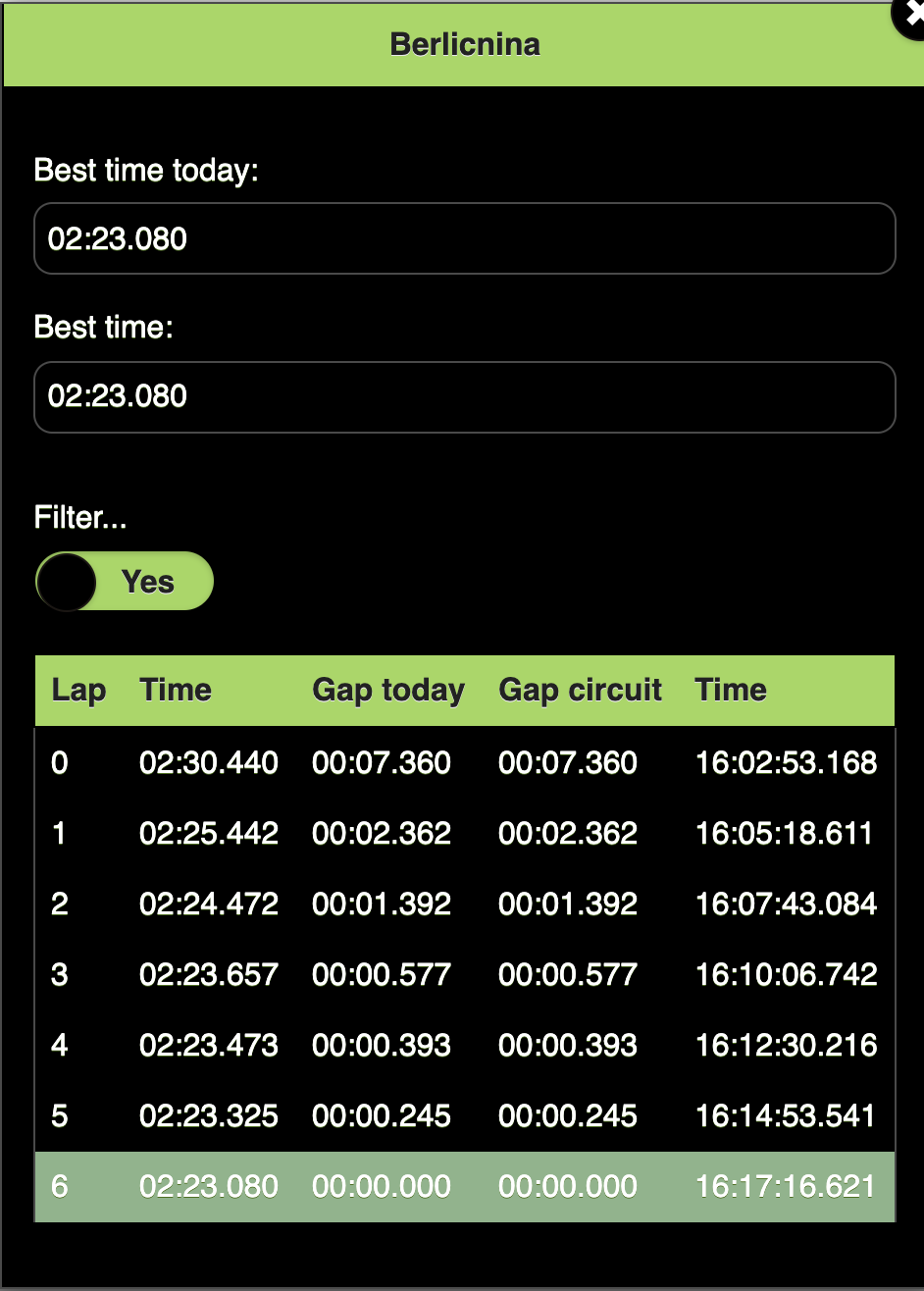 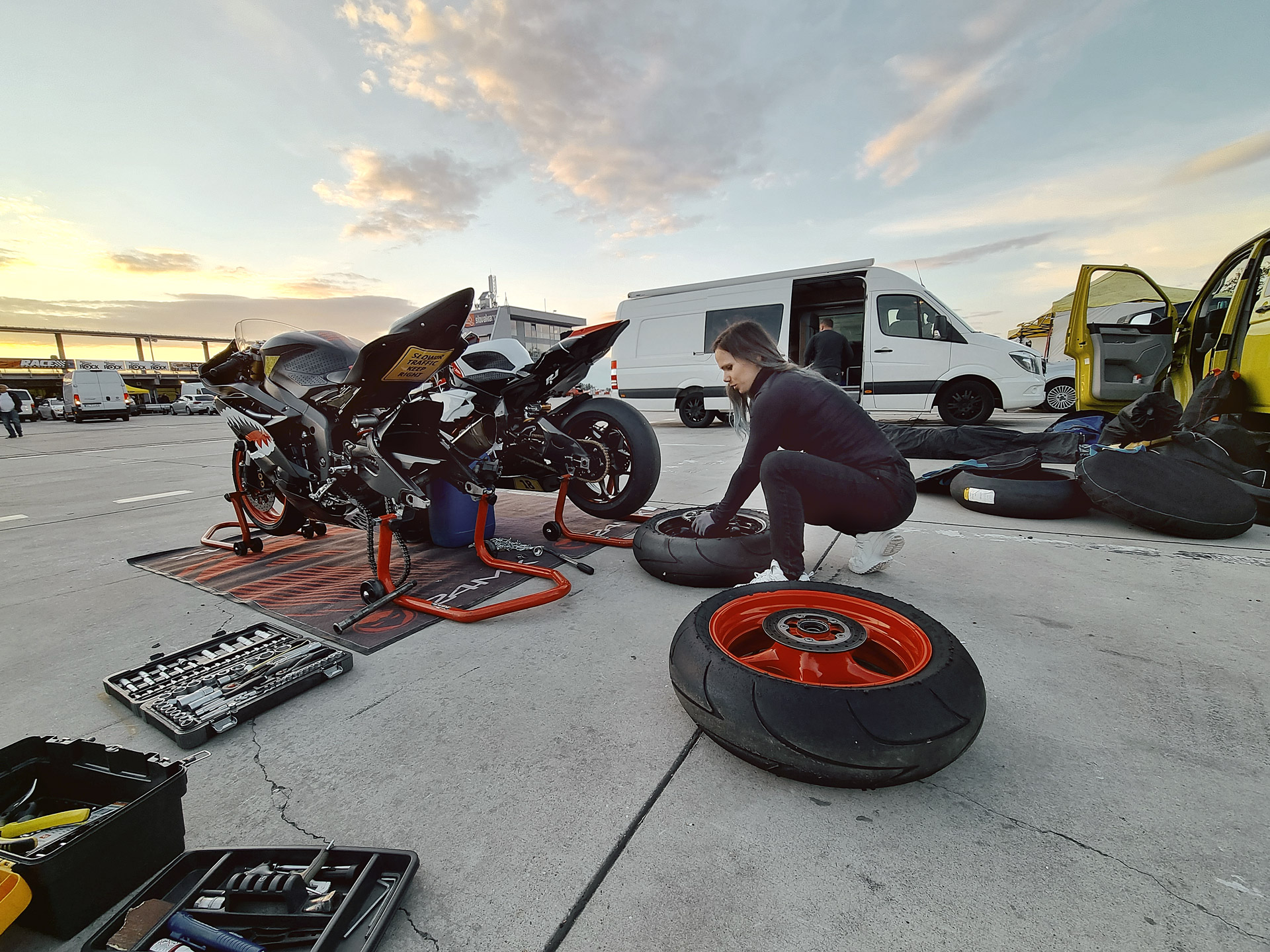 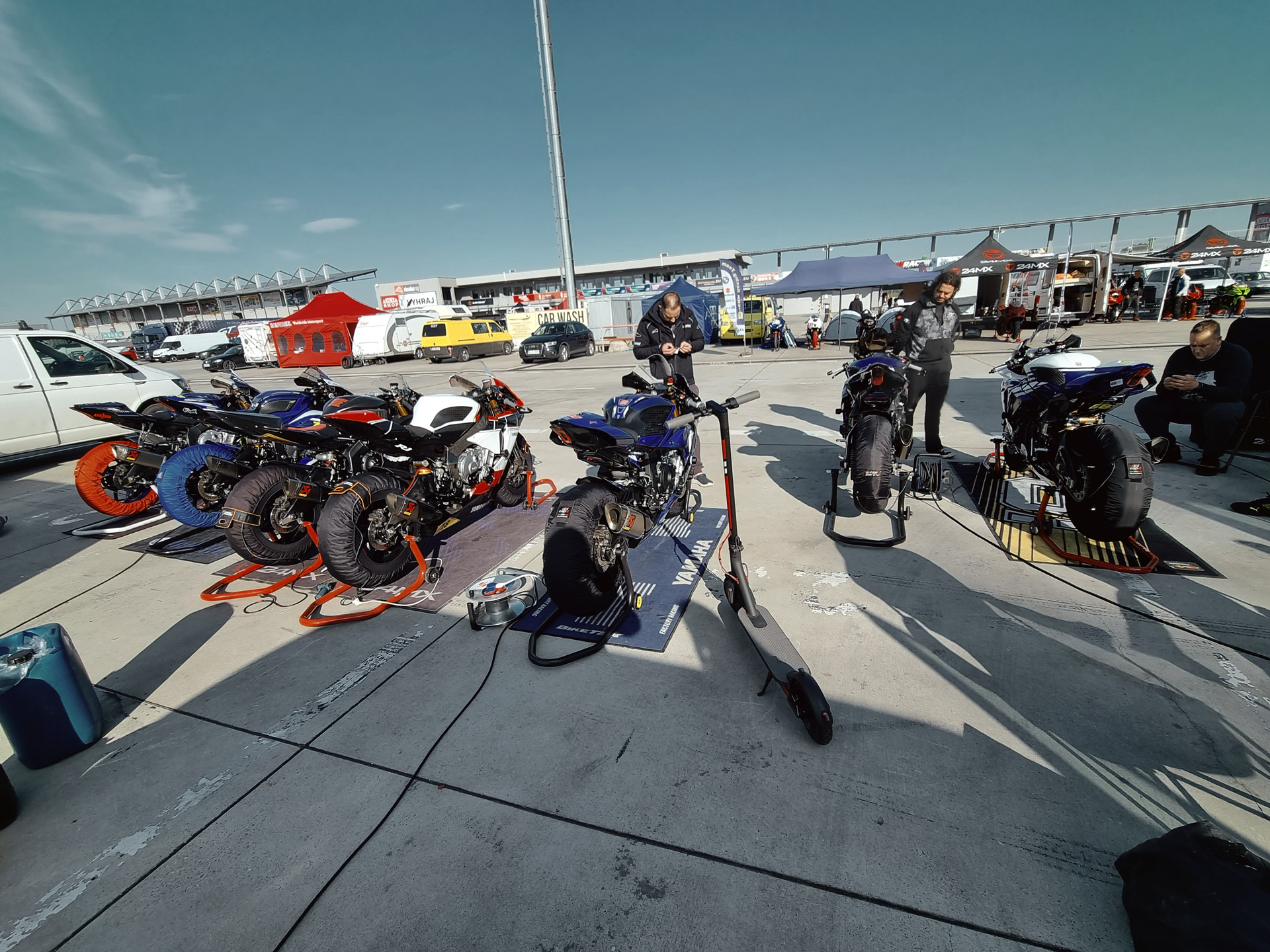 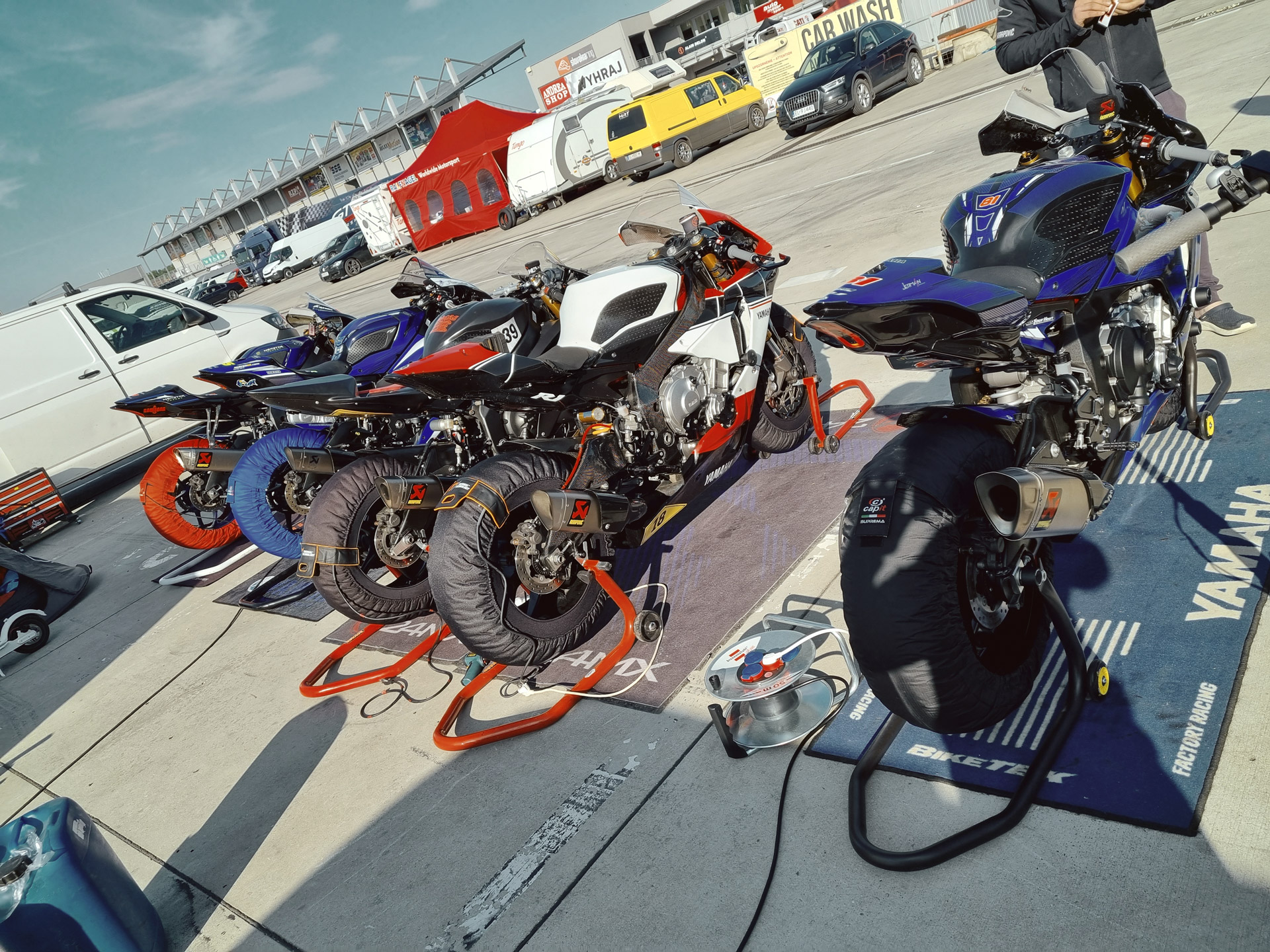 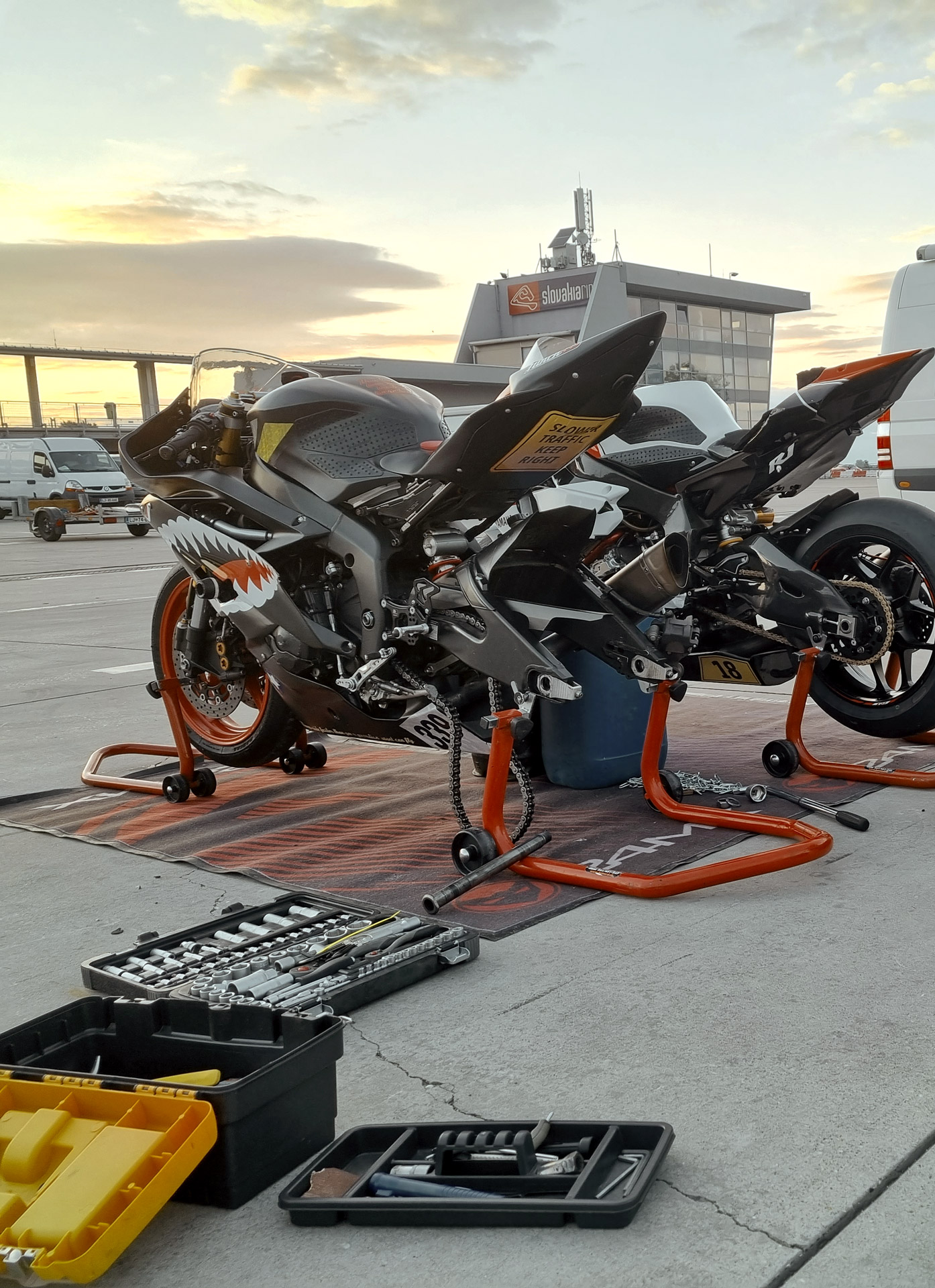 This website uses cookies to improve your experience while you navigate through the website. Out of these, the cookies that are categorized as necessary are stored on your browser as they are essential for the working of basic functionalities of the website. This website also use third-party cookies that help us analyze and understand how you use this website. These cookies will be stored in your browser only with your consent. You also have the option to opt-out of these cookies. But opting out of some of these cookies may affect your browsing experience.
Necessary Always Enabled
Necessary cookies are absolutely essential for the website to function properly. These cookies ensure basic functionalities and security features of the website, anonymously.
Functional
Functional cookies help to perform certain functionalities like sharing the content of the website on social media platforms, collect feedbacks, and other third-party features.
Performance
Performance cookies are used to understand and analyze the key performance indexes of the website which helps in delivering a better user experience for the visitors.
Analytics
Analytical cookies are used to understand how visitors interact with the website. These cookies help provide information on metrics the number of visitors, bounce rate, traffic source, etc.
Advertisement
Advertisement cookies are used to provide visitors with relevant ads and marketing campaigns. These cookies track visitors across websites and collect information to provide customized ads.
Others
Other uncategorized cookies are those that are being analyzed and have not been classified into a category as yet.
SAVE & ACCEPT
Powered by